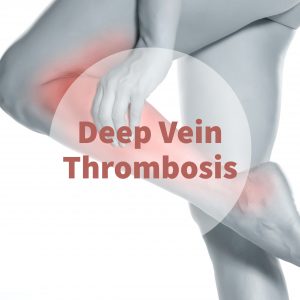 Pain in the leg, especially in the calf or lower leg, may be a sign of a very serious condition called a deep vein thrombosis. This is particularly important to remember as many of us are beginning to resume travelling for work and vacation. Long periods of immobility such as sitting on a plane may lead to blood clotting in the veins of the lower leg. This can be a life-threatening condition as a piece of the clot can break off, travel through the blood stream and eventually lodge in the lungs causing a blockage in blood flow leading to what is known as a pulmonary embolism.

Recently, I received a phone call from a patient looking for advice. He told me that he had torn his calf muscle approximately a month before and had then gone on a long car trip. In the past couple of days, he had developed intense pain in his upper thigh around his knee and he wasn’t sure how his previous calf injury could have lead to what appeared to be an inflammatory reaction in his thigh. He wanted to know if I thought I could help him. I explained that it was difficult to diagnose a problem over the phone and that perhaps he should come to the office so that we could properly assess the problem.

When he presented to the office he was having some moderate difficulty walking. He explained that the pain seemed to get worse with effort and at times it felt like intense cramping. The upper thigh (quadriceps) muscle was very tight and appeared swollen. It also felt slightly warm to the touch. Flexing of the hip caused an increase in pain in the quad area. His knee was normal on examination and there was no other history of specific incidence of injury. We discussed the torn calf muscle injury and he explained that it was a significant injury that had led to severe pain, and bruising in the calf of the same leg. He further explained that they had recently returned from vacation.

After more examination and discussion, I became concerned that my patient may be suffering from symptoms that appeared to be consistent with a blood clot. I advised him of my concerns and recommended that he go directly to the emergency room. I provided a clinical note with a brief description of the pertinent main points. I contacted my patient later that day and learned that they had confirmed a blood clot and had started appropriate treatment.

Blood clots can be caused by a variety of factors that prevent the blood from circulating or clotting normally such as a previous injury, surgery, medications and also limited movement as when travelling or if bed ridden. Other risk factors include inherited blood clotting disorders, pregnancy, birth control pills or hormone replacement therapy, being overweight, smoking, cancer and diabetes. The risk also increases after the age of 60.

The most serious complication of a deep vein thrombosis is called a pulmonary embolism. This is when a piece of the blood clot breaks off and travels to the lungs and becomes lodged cutting off blood flow and oxygen. This is a life-threatening condition that requires immediate attention. Symptoms include shortness of breath, chest pain and coughing, feeling dizzy or light headed and a rapid pulse.

Hopefully, this is something you never have to worry about but I have had several patients present to my office over the years with symptoms of a deep vein thrombosis which have been confirmed at the emergency room after I have referred the patient. If you are travelling try to take breaks to get up and walk. If you are confined such as on an airplane try to flex and extend your ankles to contract your calves and keep the blood pumping periodically during your trip. Finally, if you have symptoms as described seek out advice from a health professional.